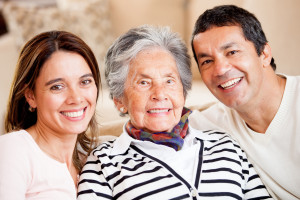 All aspects of a client’s situation must be considered.   I had a meeting with two brothers whose father was suffering from a long term chronic condition.  Their mother had been his sole caregiver for about five years and she had just passed away.  Her husband was unable to dress himself, walk by himself, toilet himself or bathe himself.  She provided all of the care that he needed in the home.  She had met with their family attorney five months prior and requested a new durable power of attorney naming the children instead of her spouse because she knew that he was not in a position to make decisions for her if she became unable to make decisions for herself.  All of their assets were held jointly, so upon her death, no probate administration was necessary.  However, the children were now faced with finding appropriate placement for Dad, because no one in the family was able to replace the care that Mom had been providing.  Since Dad now owned all of the family resources in his name, he would not be eligible for assistance from Medicaid because his assets greatly exceed the resource allowance.  When Mom met with the attorney prior to her death, she could have set up a Will with a Qualified Special Needs Trust, which would have meant that the family’s resources could have been used to pay for extras, such as a private room, rather than being expended on the basic level of care at a nursing home.   The family also faces a guardianship action because Mom had been named as the only agent under his Power of Attorney, which was done about 6 years ago.  When Mom went to the attorney five months ago, Dad had lost the ability to do legal documents.  However, if she had received appropriate and complete advice at that time, the assets could have been shifted to Mom’s name and passed to the special needs trust through the will.  However, both Mom and the attorney exclusively focused on avoiding probate.  This focus is likely to cost the family $8,000-$10,000 per month for as long as Dad has to private pay at a nursing home.  The total cost of the guardianship is likely to be another $7,000-$10,000.

The second situation that I wanted to share is that I received a call from a caregiver spouse who had been instructed by her husband’s neurologist to seek legal assistance in obtaining a Power of Attorney naming someone other than her husband to be her agent because he was cognitively impaired.  I spoke to this woman when she called and explained that it was true that the power of attorney was a piece that needed to be addressed, but that there were other problems that we would need to discuss, including what would happen if she predeceased her husband.  We would also need to address finding appropriate care for her husband as his disease progressed and what possible sources could be used to pay for care.  I explained that I would need detailed information about their situation in order to provide good advice.  I needed to know such things as what assets there were and how they were held in order to assess what needed to be done.  Although this woman initially set the appointment, she later called back and said that all that she needed was a power of attorney and she did not want to discuss anything else.  I opted not to meet with this potential client because I truly believe that I would be doing a disservice to her to blindly follow her instructions, when I know that she really did not understand the ramifications of what she was asking me to do.   Also, to do so without fully considering all of the legal implications of her situation would potentially be malpractice on my part.

I have often told clients that a comparable situation would be if both their husband and the neighbor’s husband were both suffering from memory loss.  The neighbor’s husband is prescribed Aricept and there is a marked improvement in his condition.  So the client goes to a neurologist and instructs him to forego any testing or diagnostics but to just prescribe Aricept.  It would completely inappropriate for the neurologist to allow the family to direct the medication choice without first establishing a diagnosis and considering other related health factors and medication options.  Likewise, it is in the purview of the attorney to analyze the legal issues and direct the appropriate course of action.