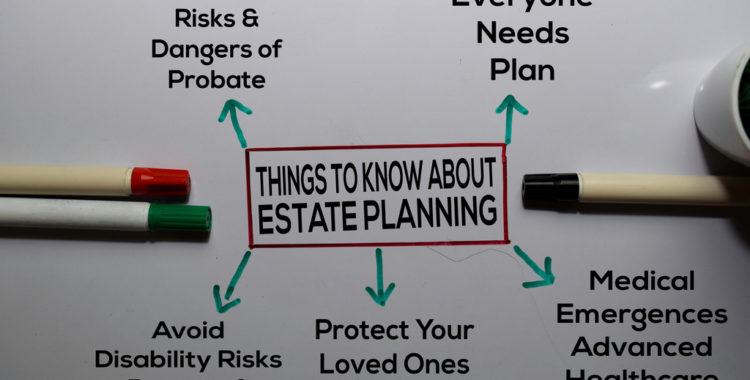 We are officially in a pandemic. Every aspect of our life has changed in some way. Some of the changes are not all bad-it seems we have more time to think about things. With our usual routines interrupted we are not rushing around as much. You may even have time to think about things you have been putting off, such as planning for possible health limitations. What if you (or your spouse) would get sick? Have you made your wishes known? Who would have the legal right to speak for you with the doctors? Are you in a relationship but not married? If so would you want your partner calling the shots or your children? You may not even think law offices are open right now, but we are deemed essential services to help with just these sort of issues including Estate Planning.

In Florida you are allowed to have two basic areas covered in one document called an Advance Directive for Health Care (or ADHC). We are often asked, “What is and Advance Directive for Healthcare?” An ADHC covers the two areas of end-of-life decisions that are in a Living Will, and the appointment of a trusted person to speak with your health care providers. This second provision is also known as a Health Care Surrogate. Since these are closely related we usually combine them in one document called an Advance Directive for Healthcare. (If you are moving in from another state it may be that you had them in two separate documents.) Other optional provisions we include in our ADHC cover organ donation, mental health treatment and control of driving.

Most people are familiar with the Living Will portion of the Advance Directive for Healthcare.

It received much attention in Florida when the governor at the time decided he had the right to keep Terry Schiavo on life support against the wishes of her husband. Many people decided they would rather have control of the possible painful end of life decisions instead of some politician in Tallahassee they had never met. Florida’s end of life decisions require that the patient be in one of three acute or terminal conditions that would take their life without extraordinary measures: a terminal condition, end-stage illness, or persistent vegetative state. Also the patient must be unable to make his or her wishes known. If the doctors can ask the patient (and believes the patient can make an informed choice) the patient’s stated wish will control. The patient may make the decision to decline extraordinary measures for one, two or all three conditions.

The health care surrogate portion of the Advance Directive for Healthcare allows you to name in advance someone to speak with the doctors when you cannot.

Most common choices are your spouse or a trusted adult child. (Please consider naming at least one back up! The Advance Directive for Healthcare may not be needed for years and your first choice may die before it is being used.) You should communicate in advance with your named surrogate when and how you would and would not want extraordinary measures. Do you want a feeding tube? A breathing tube? And would your named surrogate have the backbone to make a hard call such as saying no to life support? You may need to name your most clear headed/realistic child instead of the kindest/sweetest. Important to note: the surrogate is supposed to select what they think you would have chosen (“substituted judgment”) rather than what they think is best (“best interests”.) Consider giving them a copy of your Advance Directive for Healthcare (which Florida law says is as good as the original) for use in case of an accident or sudden health event.

In Florida, an ADHC is not required to be prepared by an attorney.

It does need two non-related witnesses. You should consider getting an attorney to do it right and tailored to your needs.