Testimonials-Prospective clients may not obtain the same or similar results

Despite caregiving for my wife for six months and having exhausted our Insurance benefits, it was apparent that I was reaching a crisis point with no where to turn.I was dealing with insurance companies, bill collectors and medical facilities on a daily basis as well as trying to make sure my wife received the very best treatments available.

In my search for help, I found the Burzynski Elder Law Firm and immediately placed my wife and myself into their capable hands. The firm began the Life Care Planning process, including not only asset protection, Medicaid preparation and estate documents, but most importantly the expertise of their Elder Care Coordinator. Finally there was a light at the end of the tunnel, that allowed me to just be focused on caring for my wife.

The Elder Care Coordinator was instrumental in moving my wife to a facility that could attend to all her medical needs, freeing me up to be the loving husband once again. Both of us were very happy with the move. There were many times that I had questions and the Elder Care Coordinator was able to explain procedures and the disease process to me. We even talked about when to involve the help of Hospice. She brought me out of denial to a place where I could understand and accept the inevitable… She was with me for the Hospice admission process and was supportive to my sons as well. When the time came, my wife passed away under the care of Hospice. It was a welcome sight when the Elder Care Coordinator attended the funeral service for my wife and again was supportive to me and my extended family. I am so pleased and thankful for all that was done for all of us, both in crisis and after, that I recommend to all my friends that on their 60th birthday, that they give themselves the best gift, of making an appointment with the Burzynski Eider Law firm for a consultation. 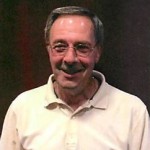 “If it sounds too good to be true, that is generally the case.” That was our initial feeling when we attended the introductory presentation by the Burzynski Elder Law firm. How could there be such a caring team under one roof, and this is actually an attorney’s office? To make a long story short they are a team that does care, and they have the professional knowledge and expertise to design a comprehensive life care plan beyond belief.

Yes, it involved a lot of commitment and effort on our part to provide all of the information that brings together the story of our life. Our major concern about living the rest of our life was how can we prepare for all of the unknown events. No one can ever imagine the events that will happen in the journey through the aging years. We feel secure in knowing that we have faced all aspects the health care, the financial management, and the housing options.

The process in the Burzynski’s life care planning was amazing. Their team was very efficient and always available to answer questions and to provide assistance. After having completed the process and having signed all of our documents, we feel secure in facing the years ahead with confidence that the Burzynski team will always be there to guide us. Thanks to an amazing group and for the help they gave us in designing our life care plan! 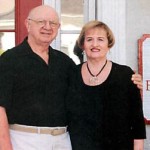 When my husband was about 67 years old he was diagnosed with Parkinson’s Disease. Fortunately it progressed rather slowly. After about 5 years I could see the progression, but he was still able to stay at home while I was at work. After a few years I could see the time was coming that he would not be able to stay alone. Eventually I had to put him in an Adult Day Care which was really a stressful thing to do for the both of us. We had insurance to pay for it for two years. When the two years was coming up I started calling different agencies to see if I could get financial help to keep him in the day care because there was no way I could afford it. It seemed like everywhere I called I hit a brick wall and I began to have some serious anxiety issues as to what we were going to do.

I talked to several friends about the dilemma I was in and one friend in particular said I should contact Burzynski Law Firm that they handled Elder Law and was very highly respected in the community. Finally I thought I had better do something so I made an appointment to talk to them. I took my son and a good friend with me to make sure I got everything straight that they told me. They went over everything they would handle which was what I knew immediately that I needed help with. They told me they charge a onetime fee and told us what it was. From someone that basically has lived from paycheck to paycheck I was a little taken back, but didn’t let the law firm know that. I remember walking out of the office and saying oh my gosh I am not going to be able to afford it. I discussed it with a lot of my friends including the friend I had taken with me to the first meeting. She had gone home and talked with her husband about it and then told me she thought I should go ahead and sign a contract with the Burzynski Elder Law and that she would loan me half of the money. Rather than doing that I took money out of our Home Equity Line and paid for it.

As soon as I signed the contract they started to work on everything that needed to be done such as Wills, Power of Attorney etc. All the things a person doesn’t like to think about. They found funding for Bobbie to continue to stay in the Adult Day Care Center. They also took me around to several Nursing Homes to show me what the facility was like and I was able to speak with the Administrator of each home and ask questions. Then the day came when I could no longer take care of my husband at home. Anybody that is or has been a caregiver knows how stressful it is and I also work a full time job. I called Dan Burzynski and told him I thought I was going to have to put Bobbie in a nursing home. I was a mess and I mean a real mess.

They did absolutely everything for me. They did the figuring out of all the finance issues that come with this and were able to place him in a nursing home that I am very happy with. I wouldn’t have been able to handle it on my own. For one thing I was too emotional and they are the experts. I can’t tell you how many times I called and spoke to Dan Burzynski with questions and just talk. He always took all of my calls and I always felt like we were their only clients. I have been paid back and more with all that they did for me. All of my friends saw what I was going through and told me that the best money I ever spent was signing up with Burzynski Law Firm.

Of course they still continue to represent my husband in the nursing home. If I have anything I am concerned about they talk with me as to whether it is something they should take care of or I should. The small things I handle. The things that are a little bigger issue they handle in a professional manner. I am happy to say there have not been many issues. They have an Elder Care Coordinator on staff that attends the first care meeting that the nursing home has. She will also attend any of the care meetings. All you have to do is ask. She periodically checks in on all of their clients to see how things are going. She is very effective.

All the people in the firm seem like family to me. They are always helpful with a personal caring. I was able to work with them so that they would take me on as a client. I am a little younger than most of the clients that come to them. After the experience we have had with my husband, our son was actually very relieved that I did sign with them as a client. I will never be able to express in words how much the law firm helped me. 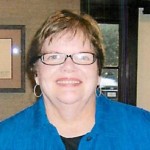 I thank the Lord everyday that I am a part of the Burzynski Elder Law “Life Care Plan.” When my wife Ann was living with Alzheimer’s Disease for many years, the plan guided us and helped us with placement, finances and advocacy. I, at age 88, and my son continue to receive advice and direction from the Burzynski plan.

Burzynski Elder Law was recommended to me by my dad’s long time attorney, George Wilson. The firm’s help with large and small details of the last stages of his life has been the best investment we ever made. I have experienced the same physical and emotional challenges of a difficult, competitive dance and Burzynski Elder Law had the professional experience to help us all make the transition with calmness and professionalism.

I have used the firm for the 20 years that I’ve lived in Naples. As the last chapter of my life unfolds, I am most grateful to Burzynski Elder Law. Jill, Dan and staff are sensitive and understanding of the   elder needs. I experience freedom in knowing that my end of life issues will be handled in a competent, caring and sensitive manner.

Over the last nine years, Burzynski Elder Law has provided me exceptional Life Care Planning services including estate planning, will preparation, and even handled all admission logistics for me for the Jacobson State Veterans’ Home, Port Charlotte, Fl.

In addition to the sound legal advice and guidance the Burzynski team provided, they also took a profound and caring interest in me as a client.

I am so pleased with the continued support and overall results.  Thank you so much for all of your efforts and for successfully handling all of my legal needs.  Great job, Team Burzynski!

The Burzynski Elder Law firm took the time to listen to our very specific needs. Their knowledge, experience, and compassion helped our family handle a very difficult situation. Everyone who works at this family operated law firm has been professional and polite. I would highly recommend this very ethical Elder Law firm.

We have been very fortunate to get the professional and caring help from the team at Burzynski Elder Law.  We never would have been able to resolve the many obstacles confronting seniors in their later years.  Everyone at Burzynski Elder Law took care of our problems with such personal and tender care.  They still have “our backs.” 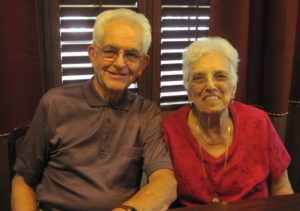 Jill and Dan treated us like family. They lead us through a tangle of issues with no stress on our part. They had limitless patience while guiding us through our financial evaluation and plans for our future. I urge anyone seeking to write a will or initiate a trust to seek them out first. These issues are their specialty. Their knowledge of elder law helped us take care of issues that we never even thought about and benefits that we did not know were available to us. We would recommend them as an investment tool for your retirement and peace of mind. If we could give them ten stars we would.