Are You Facing Termination of Hospice Benefits? 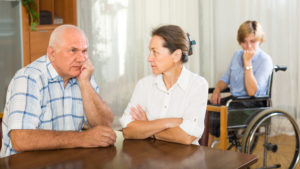 The local Hospice providers are facing a crisis. Since the inception of Hospice in 1983 Medicare regulations have included a cap limiting the average annual payment per patient a hospice can receive. If the average payment exceeds the cap amount, the hospice provider must repay the excess to the program. Currently the cap is $26,725.79. The Hospice providers are being penalized for services patients who have reached the cap amount.In 1983 the cap was $6,500 per year with an inflation adjuster according to the Consumer Price Index. When the cap was established Hospice services were limited to six months for any patient. Therefore, the cap was seldom a problem for the Hospice provider. However in 1998 Hospice regulations were changed such that hospice was not limited to six months. Instead, beneficiaries became eligible for an unlimited number of 60 day certification periods so long as they have a “life expectancy of six months or less if the terminal illness runs its usual course.” However, despite this change in the eligibility criteria, the hospice providers are still being held to the arbitrary cap which did not take into account that some individuals would be served longer than six months.

Palmetto GBA is the Medicare contractor for Alabama, Mississippi, Oklahoma and Florida. The hospices in these states are being penalized for caring for patients who live longer than six months. Palmetto has issued directives to the hospice providers to attempt to contain costs. While the $26,725.79 is meant to be an average, it appears that people who are being served whose costs exceed this amount are being discharged from the system, allegedly because they no longer meet the terminal illness criteria.

If you or a loved one has received a discharge notice of hospice termination,  contact us immediately so that we can assist you through the appeal process.