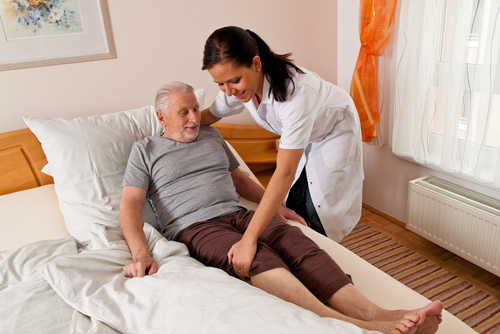 In January 2013 a Settlement Agreement was entered between the Center for Medicare & Medicaid Services (CMS) and a class of Plaintiffs who sued CMS for denying coverage based upon an erroneous “improvement standard” that Medicare beneficiaries had to be “improving” to continue to obtain coverage.  The Settlement Agreement provided that CMS engage in an Educational Campaign to providers and contractors who make decisions about when a patient can receive Medicare Services for rehabilitation.  This educational campaign has been woefully insufficient and on August 18, 2016, Chief Judge Christina Reiss, the Judge on the Jimmo case, ordered the federal government to comply with the order by directing the Secretary of Health and Human Services propose corrective action that will effectively educate providers and contractors that the erroneous improvement standard should not be used.

This erroneous standard is still being applied here in Collier County.  Just this week I received a phone call from a client’s family that the facility was issuing a Notice of Non-Coverage that their father would no longer be eligible for rehabilitation because he was not “improving.”  This patient had had a massive stroke and had only been in rehabilitation about 40 days.  Despite efforts to inform the nursing home about the Jimmo case (which they were unaware), the facility maintained their position.  We were faced with appealing the decision.  However, according to the Center for Medicare Advocacy, the independent contractors who adjudicate the appeals have an error rate of 40%, largely due to the failure of CMS’s Educational Campaign to educate the adjudicators.  Further, even if we won the appeal, the therapists had given up on this patient’s ability to rehabilitate and we would no doubt be faced with another Notice of Non-Coverage shortly.

Instead we were able to show the therapy records to the administrator another facility, known for its excellent physical therapy.  She was acutely familiar with the Jimmo case and the appropriate standard to apply.  She believes that more therapy is appropriate.  No one can say at this point whether the patient will make significant gains, but he may need continuing therapy to establish a safe and effective maintenance program.  To prematurely stop therapy would no doubt negatively impact his quality of life for the remainder of his life.