Cremated Remains Are Not Property 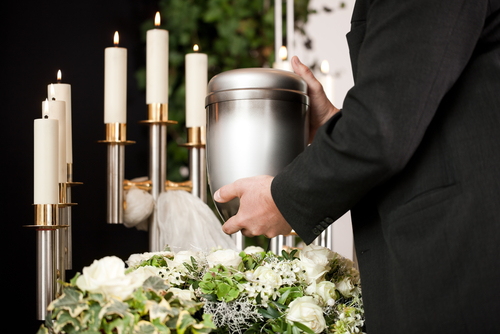 In the Florida 2016 legislative session, the statute about cremation was amended to provide that cremated remains are not property and are not subject to partition for purposes of distribution as other estate assets such as real property or brokerage accounts.  This change to the law means that the only way that cremated remains will be divided among loved ones is if the decedent made prearrangements for that to occur, either by preplanning his or her funeral arrangements or leaving specific instructions about the division in the will.

After the death of a loved one, grieving families often experience strife over funeral arrangements including the cremated remains.  The disposition of the body and the arrangements for the funeral are deeply personal decisions that are best made by the decedent long before his or her death.  When pre-arrangements are not made, the law spells out who makes the decision.  The statute refers to this person as the “legally authorized person.”  After the decedent, the legally authorized person is as follows:

In addition, the term may include, if no family member exists or is available, the guardian of the dead person at the time of death; the personal representative of the deceased; the attorney in fact of the dead person at the time of death; the health surrogate of the dead person at the time of death; a public health officer; the medical examiner, county commission, or administrator acting under part II of chapter 406 or other public administrator; a representative of a nursing home or other health care institution in charge of final disposition; or a friend or other person not listed in this subsection who is willing to assume the responsibility as the legally authorized person. Where there is a person in any priority class listed in this subsection, the funeral establishment shall rely upon the authorization of any one legally authorized person of that class if that person represents that she or he is not aware of any objection to the cremation of the deceased’s human remains by others in the same class of the person making the representation or of any person in a higher priority class.